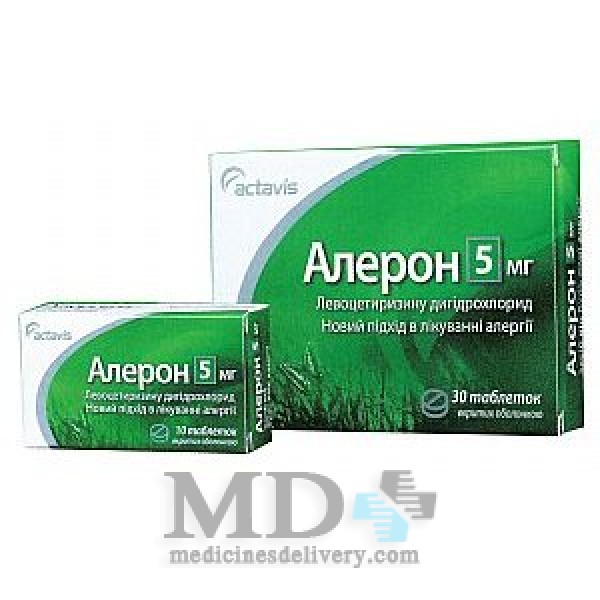 Mode of action:
Aleron - antiallergic drug belonging to the group of antihistamines 3 generations. Aleron contains the active ingredient levocetirizine - R-enantiomer of cetirizine, which is an active derivative of hydroxyzine. Aleron has anti-inflammatory, antipruritic, anti-inflammatory and antiekssudativnoe action. In addition, the drug has a strong antihistaminic effect. The mechanism of action of the drug is related to its ability to block peripheral H1-histamine receptors and inhibit the release of histamine by stabilizing the membranes of fat cells. Levocetirizine possesses high selectivity for H1-histamine receptors, providing them pronounced blocking effect, the drug has no effect on M-cholinergic and serotonergic receptors, and the adrenergic receptors (which are similar in structure to the H1-histamine receptors). It should be noted that to achieve the therapeutic effect of levocetirizine need to use half as much as cetirizine, is explained by the fact that levocetirizine is able to form a more stable relationship with the receptors. Using the drug is also noted decreased excretion of pro-inflammatory cytokines and chemokines, and adhesion inhibition of chemotaxis of eosinophils, expression of adhesion molecules. Levocetirizine also helps to reduce the IgE-dependent release of histamine, leukotriene C4 and prostaglandin D2, besides the drug inhibits cutaneous trombotsitoaktiviruyuschih factor. As a result of these changes in the body helps to alleviate the current levocetirizine variety of allergic reactions (including allergic rhinitis), and for seasonal allergies can be used as a means of prevention to prevent the development of allergic reactions. Also noted the effectiveness of the drug in cold urticaria and bronchial asthma attacks. Unlike previous generations antiallergic drugs, levocetirizine has no inhibitory effect on the central nervous system. Levocetirizine has no toxic effects on the heart.

Indications for use:
The drug used for the treatment and prevention of acute and chronic allergic diseases, including:
- Allergic rhinitis and conjunctivitis (including seasonal and perennial);
- Hay fever;
- Urticaria (including drug is used to treat patients with chronic idiopathic urticaria);
- Angioneurotic edema (angioedema);
- Allergic dermatoses which are accompanied by itching, burning rash and in various areas of the skin and mucous membranes.

How to use:
The drug is used to treat adults and children over 6 years. The drug is taken orally, drinking plenty of water. The dose and duration of treatment determined by the attending physician for each patient individually.
Usually on 1 tablet 1 time a day.
Adult maximum dose is 10 mg (2 tablets) per day.

Side effects:
The drug is usually well tolerated, but in a few cases were noted such side effects when using Levocetirizine:
- The part of the central nervous system: dizziness, headache, fatigue, insomnia, drowsiness;
- The part of the digestive system: nausea, vomiting, dry mouth, increased appetite, pain in the epigastric region, the change indicators of liver samples;
- Other: tachycardia, blurred vision, nosebleeds.

In patients with hypersensitivity to levocetirizine when using the drug noted the development of pruritus, rash, urticaria, anaphylaxis, angioedema, and dyspnea.

Contraindications:
- Hypersensitivity to the drug and piperazine derivatives;
- Severe renal failure (creatinine clearance less than 10 ml / min);
- Galactose intolerance, impaired absorption of glucose and galactose;
- Children under 6 years of age (for a given dosage form);
- A drug prescribed with caution during pregnancy and lactation.

Pregnancy:
There are no data on the safety of the drug during pregnancy. The drug may be assigned by the attending physician, if the expected benefit to the mother is higher than the potential risk to the fetus.
Levocetirizine is excreted in breast milk, so if you need to use during lactation should decide on the temporary cessation of breastfeeding.

Overdose:
When you receive excessive doses of the drug in patients noted the development of drowsiness or overstimulation, which is replaced by sleepiness.
No specific antidote. In case of overdose shown gastric lavage, enterosorbent and symptomatic therapy.
Hemodialysis and peritoneal dialysis are not effective.

Product:
Film-coated tablets, 10 pieces in blister, 1 or 3 blisters in a carton.

Storage:
The drug should be stored in a dry place away from direct sunlight at a temperature no higher than 25 degrees Celsius.
Shelf life - 2 years. 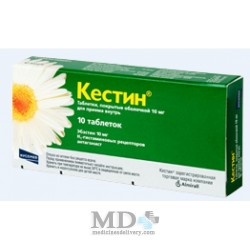 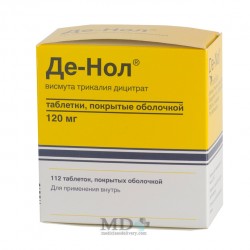