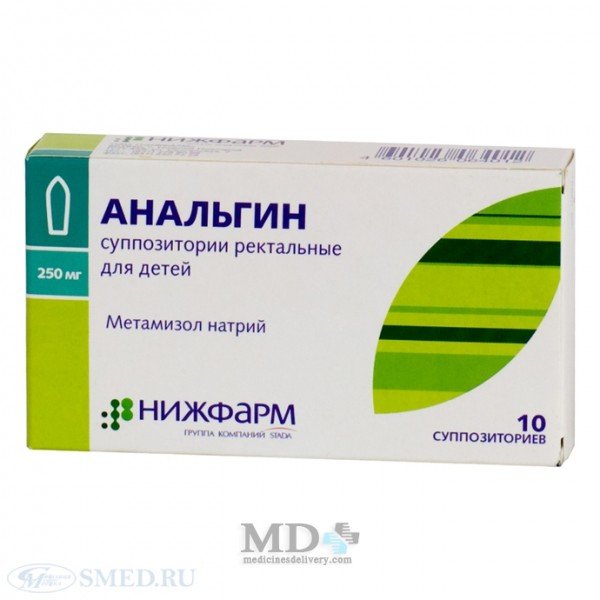 Pharmacological properties:
Metamizole - active substance Analgin - has analgesic, antipyretic and weak anti-inflammatory action.
Analgesic effect is caused by inhibition of endogenous biosynthesis (causing pain) substances such as endopraksidy, bradykinin, etc. due to suppression Antipyretic effect formation and release of substances of bacterial endotoxins, and other polymorphonuclear leukocytes
Is a pyrazolone derivative.
The action develops in 20-40 minutes and reaches a maximum after 2 h

Indications for use:
Mild to moderate pain (headache, migraine, toothache, neuralgia, myalgia, dysmenorrhea, postoperative pain, in combination with the antispasmodic agents in renal and biliary colic). Fevers in infectious and inflammatory diseases. Use as antipyretic appropriate after diagnosis of the disease.

Dosage and administration:
The dosage depends on the age of the child and the character of the disease.
Analgin candles of 0.1 g administered to children:
6 months to 1 year - half a suppository
from 1 year to 3 years - 1 suppository
from 3 years to 7 years - 2 suppositories per day.

Candles of 0.25 g administered to children from 7 to 14 years - 1-3 suppositories per day.
After treatment the child should be in bed.
The course of treatment is determined by your doctor.

Warnings:
The caution is prescribed during pregnancy (especially in one trimester and in the last 6 weeks).
In the treatment of children under 5 years of age and patients receiving cytotoxic drugs, receive Metamizole should be done only under a doctor's supervision.
Lactose occurs very rarely, but the threat of anaphylactic shock after / in the administration of the drug is relatively higher than after oral administration.
In patients with atopic asthma and hay fever have an increased risk of allergic reactions.
With prolonged use (more than a week) is necessary to control the peripheral blood picture.
Must not be used to treat acute pain in the abdomen (to determine the cause).

Drug Interactions:
The simultaneous use of dipyrone with other non-narcotic analgesics can lead to mutual reinforcement of toxic effects.
Tricyclic antidepressants, contraceptives for oral administration, allopurinol violate dipyrone metabolism in the liver and increase its toxicity.
Barbiturates, phenylbutazone and other inducers of microsomal liver enzymes weaken the effect of dipyrone. Simultaneous use of dipyrone with cyclosporin in the latter lowers blood.
Sedatives and tranquilizers increase the analgesic effect of dipyrone.

Storage conditions:
In a dry, dark place, out of reach of children. 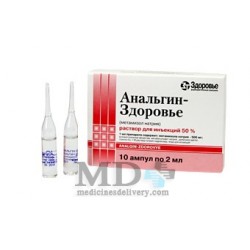 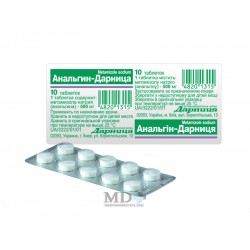 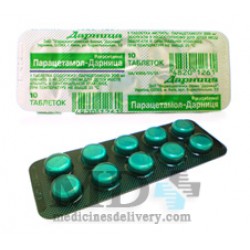