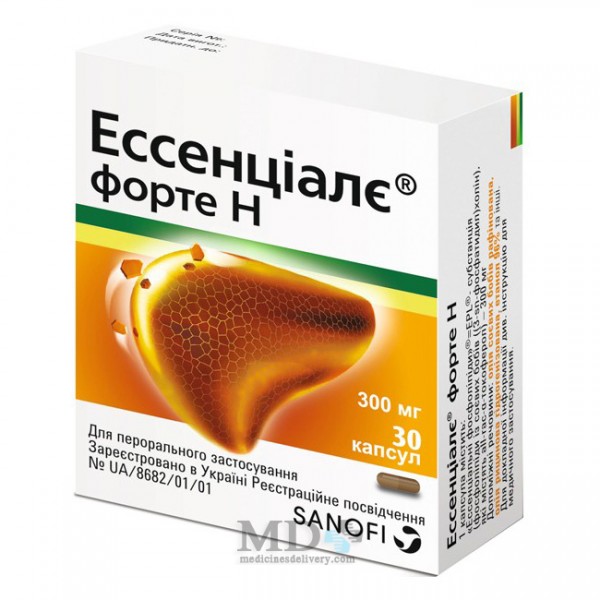 Essentiale Forte N capsules 300mg #30 is used to improve funcionality of liver in cases of infectious and toxious diseases of the liver.

Pharmacological action of the drug:
The active ingredient in the so-called essential phospholipids (EPL-substance) which are highly purified phosphatidylcholine fraction. Essential phospholipids in chemical structure similar to endogenous membrane phospholipids, which are greater in their functional properties due to the high content of polyunsaturated fatty acids, especially linoleic acid. Phospholipids are major structural components of cellular membranes and organel. They take part in the differentiation, division and cell regeneration.

The functional significance of phospholipids based on their amphiphilic properties that allow you to adjust the permeability of cell membranes. They improve the properties of the membrane, in particular the ion exchange process of intracellular respiration, biological oxidation, affect the binding of intracellular enzymes respiration in mitochondria, as well as the process of oxidative phosphorylation in cell energy metabolism. Under physiological conditions, phospholipid synthesis satisfies the needs of normal hepatocytes, which contain a sufficient amount of phospholipids. It is known that the structure and function of the cell membrane enzyme systems for liver violated. Violated the biosynthesis of phospholipids, deficiency of which leads to dysfunction of the cell membrane. These processes are particularly pronounced in the mitochondria, which approximately 30% are composed of phospholipids which made the most important metabolic processes including oxidative phosphorylation. With a deficit of phospholipids is impaired fat metabolism, which leads to fatty degeneration of the liver. Due to its pharmacological properties Essenciale eliminates the violations, regeneration of cell membranes, membrane-bound enzyme reactivates the broken systems and receptors, increases the detoxification ability of the liver and thus normalizes its function.

Pharmacokinetics:
The half-life for choline component composition Essenciale forte caps. 300 mg. Number 30lyaet 66 hours for saturated fatty acids - 32 hours.
In studies of pharmacokinetics in humans of less than 5% of each of the isotopes introduced H3 and C14 excreted in faeces.

Indications for use of the drug essentiale:
Fatty degeneration of the liver (as in diabetes), acute and chronic hepatitis, cirrhosis, liver cell necrosis, hepatic coma and precoma, toxic liver damage, including toxemia of pregnancy, pre-and post-operative treatment, especially during operations in the field of hepatobiliary zone, psoriasis, neurodermatitis , radiation syndrome.

The method of the drug essentiale:
Capsules
In the absence of the doctor's recommendations, the initial dose: 2 capsules 3 times daily maintenance dose: 1 capsule three times a day. Take the capsules with meals, without chewing, with a little water.

The general course of treatment composition Essenciale forte caps. 300 mg. Number 30lyaet 3-6 months.
Treatment of psoriasis begin with the appointment of the drug to 2 capsules 3 times a day for 2 weeks, then make a 10 intravenous injections of 5 ml with a simultaneous appointment PUVA-therapy.
After finishing a course of injections to resume taking the drug inside and keep it for 2 months.

Side effects of the drug essentiale:
Very rarely, higher doses may be Essenciale gastrointestinal upset (diarrhea).

Contraindications to the use of the drug essentiale:
Do not administer in case of hypersensitivity to any component.
Solution for intravenous injection should not be given to premature babies and children as part of Essenciale forte caps. 300 mg. Number 30 of this release form of the drug is benzyl alcohol.

Essentiale drug interaction with other drugs:
Hitherto unknown.
For dilution solution for intravenous administration should not be used electrolyte solution.

Overdose of the drug essentiale:
There were no reports of overdose have been reported.

Essentiale drug storage conditions:
Shelf life 3 years. Capsules at a temperature not exceeding 25 ° C, and the vial at a temperature between +2 ° C to 8 ° C, in a dry place out of reach of children. 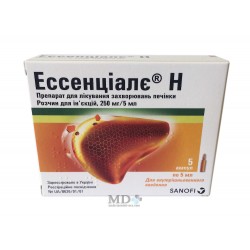 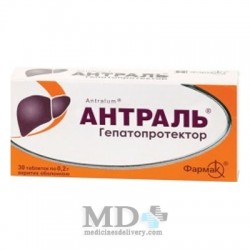 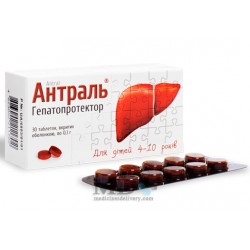 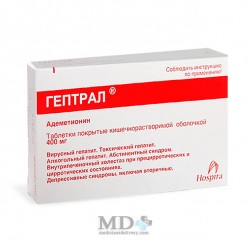 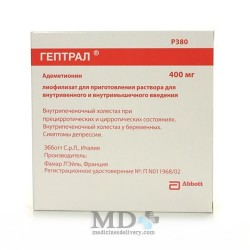